Every time I see characters in a contemporary movie open their mouths at the approach of a kiss and turning their heads for the best angle, I think: Yuk, vampire!

A quick online search brings up a ton of photos and articles on this topic, including some sexy stuff. Still, I’m wondering if common kissing practice has influenced the movies, or if movies and other media (including magazines like Cosmopolitan) are chasing the sensational and provocative. As usual. Think about it, if the media gave a true representation of our culture, the result would be quite tame.

Anyway, I’d like some data on this kissing phenomenon. Does open-mouth kissing prevail?

Here’s a short poll that may help me understand. If you don’t find your answer in the poll, add your own as a comment.

In a world where so many put themselves forward by shoving someone else out of the way, we’re heartened by stories of unselfish giving. It’s an inspiring theme that always emerges in the glow and remembrance of Christmas.

But any time of year, stories both true and fictional help us balance our ambitions, become less selfish, and strive to be better people. Not stories featuring superheroes, obviously. Much as we enjoy characters whose special powers enable them to topple the bad guys and avert catastrophic events, superhero characters don’t inspire or give hope.

The most inspiring stories feature people we all could be—those with no special gifts, ordinary people, poor people, compassionate people. Realistic fiction has the potential to expand our view of creation  while giving hope for problems that seem to go on without relief. 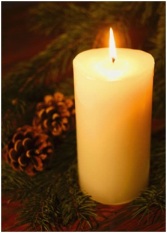 One of my favorites is Rohinton Mistry’s A Fine Balance. Set in India in the 1970s, the story gives us characters who endure poverty, frustration, corruption and prejudice with moral courage. Beautifully written, it ends in an unforgettable way, not happily-ever-after, but with the power of love.

I’m inspired by stories of faithfulness, even silly ones like Dr. Seuss’ Horton Hatches the Egg. Horton the elephant is an unlikely egg-sitter, but when the lazy bird Mayzie leaves him in the lurch, he sits and he sits, because “an elephant’s faithful, one hundred percent.”

Maybe the bird in this children’s story was not simply lazy. Maybe she did not know about love and faithfulness, qualities learned by example. I thought about the importance of a loving environment as I watched Anderson Cooper interview Shin Dong-hyuk, a young man born and raised in a cruel North Korean concentration camp. Until he was about 23, starvation and brutality kept Shin from experiencing any human kindness. He told Cooper he didn’t cry much when his mother and brother were executed for trying to escape the camp, because he thought they’d gotten what they deserved. Later Shin revealed he was the one who informed on them. At the time, he thought it was the right thing to do, because they’d broken the rules.

Now 30 and free, Shin said he still doesn’t know what love is, but he feels bad about what he did, and cries more than he ever did in camp. He’s learning to be human. Writer Blaine Hardin tells Shin’s story in his book, Escape from Camp 14.

In 2005, 100 writers (“leading lights of British letters”) were asked to name their favorite fictional characters. As you might imagine, literary characters were cited for being unique or entertaining, stoic, independent, despicable (but so well drawn), or compassionate. Author Maeve Binchey chose one of my favorites, Joe Gargery of Dickens’ Great Expectations. Joe, a father figure to young Pip, is the humble character whose love and compassion make him a contrast to the haughty and vindictive Miss Havisham. Though Pip is awed by Miss Havisham and made rich by the bequest of a convict, Joe’s influence is most important to his life.

Compassion makes us human, and compassion helps us endure. Compassionate characters, like people in real life, show how an ordinary person can make a small corner of his world better.

Here’s where you can find the books mentioned above:

And my historical novel, also a story with characters who care: The Girl on the Mountain.

Every small act of kindness spreads hope. Keep Christmas with you–all through the year.